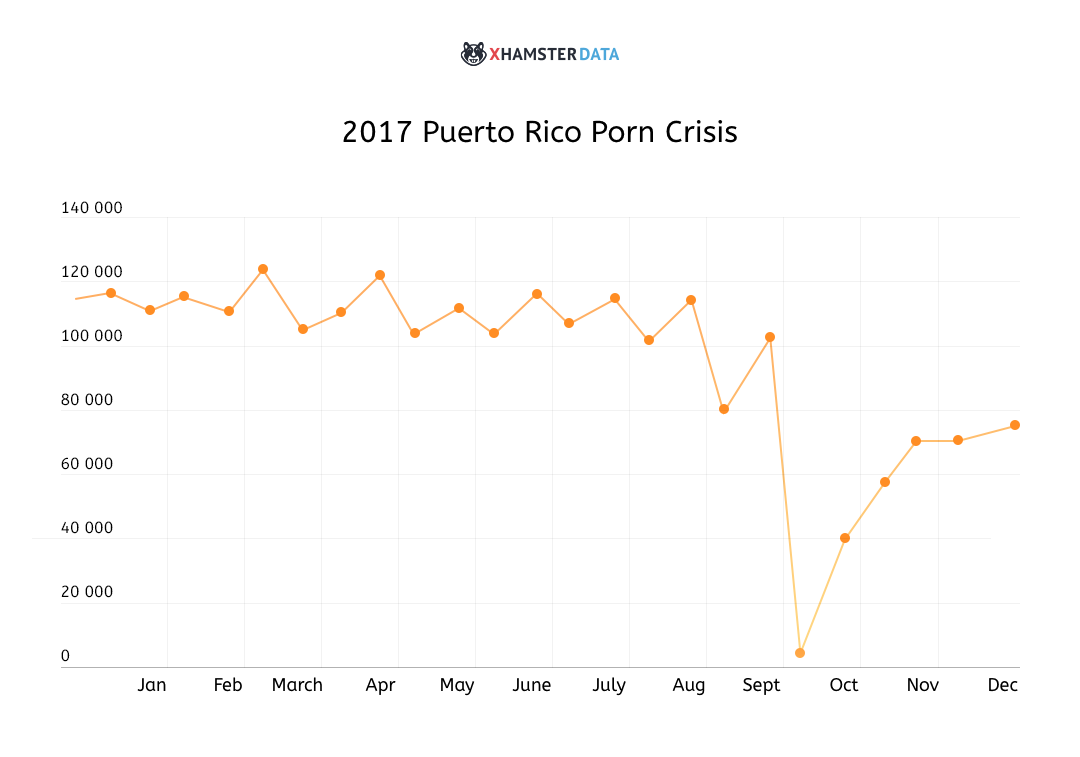 Yes, traffic dropped 96% during the hurricane — and we applaud few thousand dedicated souls who managed to log on even as 155 mph winds pounded the island — but as you can see from the graph, the power is out. Still out dramatically.

Of course, that’s in contrast to what Donald Trump has been saying!

Not according to our graph. Power in Puerto Rico may not have been perfect, but the devastation that Irma and Maria left is very real.