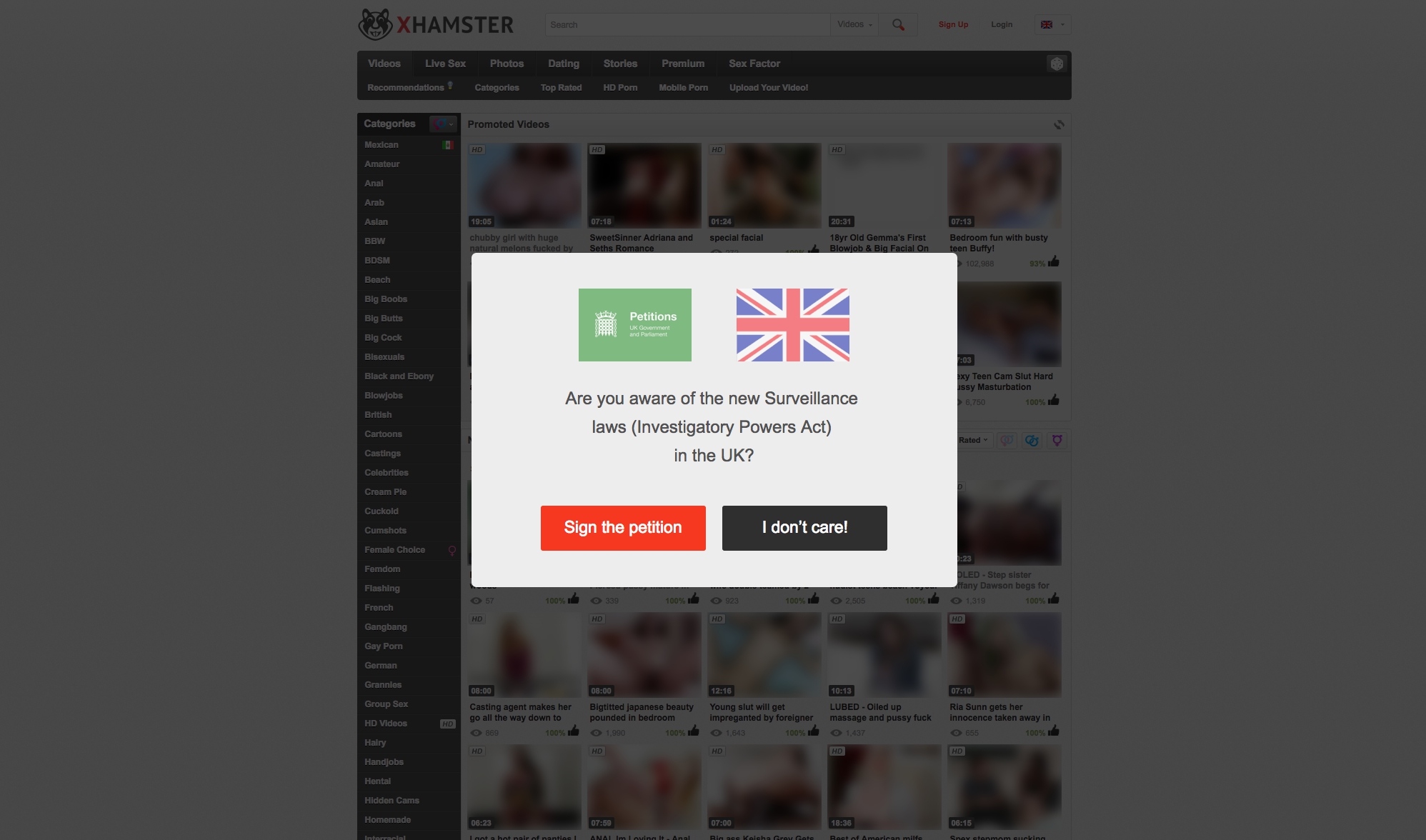 That’s not to say that bans don’t work at all. Traffic from Russia initially dropped 69.6% in the three months following their ban in April 2015.

But such bans have a disproportionate effect on older users, women, and those using shared fami1y or institutional networks.

"A panic over adult content is being used by the UK government to pass a sweeping bill that will allow the government to limit speech and monitor citizens online," says Hawkins.